Carmel, Indiana’s 8th largest city, lies immediately north of Indianapolis in Hamilton County. An ever-growing suburb, Carmel maintains its identity as a city in its own right, despite being minutes from a major metropolitan area. CNN Money Magazine named Carmel the winner of its annual Best Places to Live list in 2012, attributing its number-one standing to Carmel schools, arts and entertainment options, and economic vitality.

Carmel’s Arts & Design District flourishes in the heart of downtown Carmel. Home to unique specialty shops, restaurants, art galleries, and interior design studios, the Arts & Design District attracts both Carmel residents and weekend visitors. The Monon Trail, a 16-mile bike and pedestrian path that cuts through Carmel, provides easy access to all the Carmel Arts & Design District has to offer for those who choose to walk or bike from other areas of the city.

Nearby, Carmel’s newly constructed City Center has become another hub of activity. Home to the Palladium, Carmel’s Center for the Performing Arts, City Center draws big-name entertainers to Carmel residents, providing a world class alternative to downtown Indianapolis’ concert venues. City Center also offers a variety of restaurants and residences and is accessible from the Monon.

Carmel’s expansive public parks system offers outdoor destinations in every part of the city. Central Park, one of Carmel’s newest developments, is a 161-acre indoor-outdoor facility that is free to the public. With a 10,000 square-foot skatepark, fitness studios, indoor and outdoor aquatic centers and running tracks, all accessible from the Monon, Central Park is the city’s premier destination for recreation.

Carmel is an economic leader in the state of Indiana. It boasts the state’s second-largest concentration of office workers and an unemployment rate nearly half the national average. Almost 30 percent of Carmel’s property tax money is generated by its businesses, resulting in one of the lowest residential tax rates in the state. Named one of the “Best Cities to Relocate to in America” by CNBC.com, Carmel is home to native Hoosiers and Indiana newcomers alike, and leads the state in population growth. Carmel real estate options are many and varied, providing options for every budget and family. Resale value is solid in this city outside The City.

What you'll find in Carmel

Art & Design district home to many restaurants and art galleries

Many parks, including a full water park, skate park, and fitness studios at the Monon Center

Carmel-Clay public schools are known across the country for their high academic performances, sports teams, and extracurricular achievements. In the 2011-2012 school year alone, Carmel High School claimed state championships in swimming, soccer, basketball, football, tennis, color guard, and symphony orchestra. All of Carmel’s 15 schools also received an “A” or “Exemplary Progress” rating from the state of Indiana in 2011-2012. Carmel is also home to a variety of private and parochial schools. 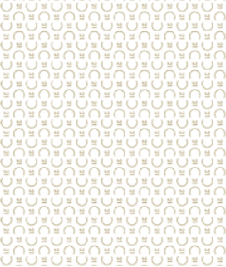 Want a Carmel Market Insights Report sent to you every month?