Broad Ripple, Indiana is just six miles north of downtown Indianapolis, Broad Ripple is an eclectic mix of residential neighborhoods, nightlife, shops and restaurants, arts, and other curiosities. Broad Ripple’s quirk and personality put it on the map as one of the most popular Indianapolis area destinations.

One of six cultural districts in Indianapolis, Broad Ripple features work from local artists and artisans in its shops, galleries, and even outdoors. The ArtsPark is a unique twelve-acre area on the grounds of the Indianapolis Art Center that is home to dozens of Hoosier-made sculptures and sensory experiences. The ArtsPark also hosts concerts, festivals, and youth camps among other activities and entertainment options.

An alternative to downtown Indianapolis clubs and bars, Broad Ripple is a nightlife destination unlike any other in Central Indiana. Local pubs, sports bars, and dance spots are within walking distance of each other. Crackers Comedy Club is Indy’s most popular comedy venue. Neighboring Vogue theatre is both a bar and a concert venue for touring acts year-round.

Broad Ripple provides easy access to outdoor activities. The nearby White River and Canal are ready for kayaking and canoeing. The Monon Trail, a 16-mile bike and pedestrian path cuts through Broad Ripple and is lined with restaurants for some relief from all that exercise.

Just miles from Butler University, Broad Ripple maintains a youthful vitality due in large part to the energetic student population. Established neighborhoods of charming bungalow-style homes are met with new townhomes and apartments, bridging the gap between the new and the old, and making Broad Ripple a place to live and play for people of all ages. 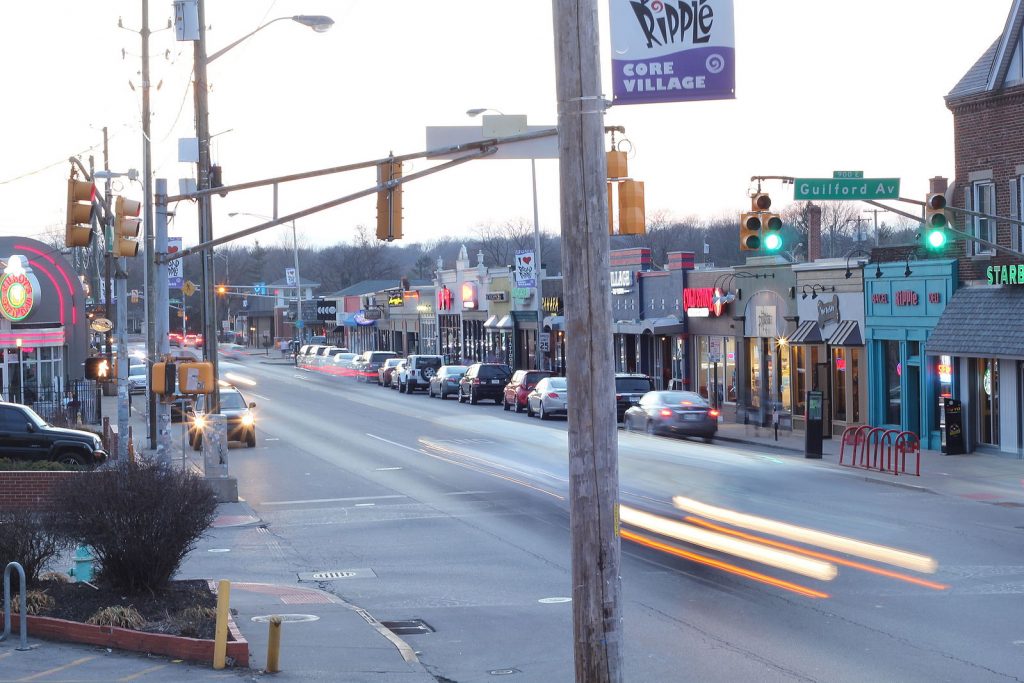 What you'll find in Broad Ripple

Well known for its quirky personality centered around the Arts

Home to many music, art, and food festivals

Want a Broad Ripple Market Insights Report sent to you every month?