Located about 50 miles southwest of Indianapolis is the Indiana city of Bloomington, which is also the county seat of Monroe County. Incorporated as a city in 1818, Bloomington got its start as a settlement when U.S. President James Munroe selected the site as the location of a seminary, originally known as Indiana Seminary. The seminary later became a college and in 1848 finally became Indiana University (IU). The first college west of the Allegheny Mountains, the University has evolved into one of the most beautiful university campuses in the U.S. offering several nationally recognized programs for students. Owing to its location in the heart of the Midwest, Bloomington is within a day’s drive of over half of the U.S. population. The city can be accessed from two major state highways: Indiana State Highways 37 and 46, both of which provide easy access to several Interstates. The primary source of air service to Bloomington is the Indianapolis International Airport, located just 50 miles to the north, although private aircraft can fly to and from Monroe County Airport, located just west of Bloomington

The area’s natural beauty makes Bloomington ideal for an outdoor excursion. Home to the state’s only national forest, its largest inland lake, and a large number of parks, Bloomington offers a wide variety of outdoor recreational opportunities. The Hoosier National Forest offers over 230 miles of hiking, horseback and mountain biking trails. Lake Monroe is a large and popular venue for boating, fishing, water-skiing, and more. 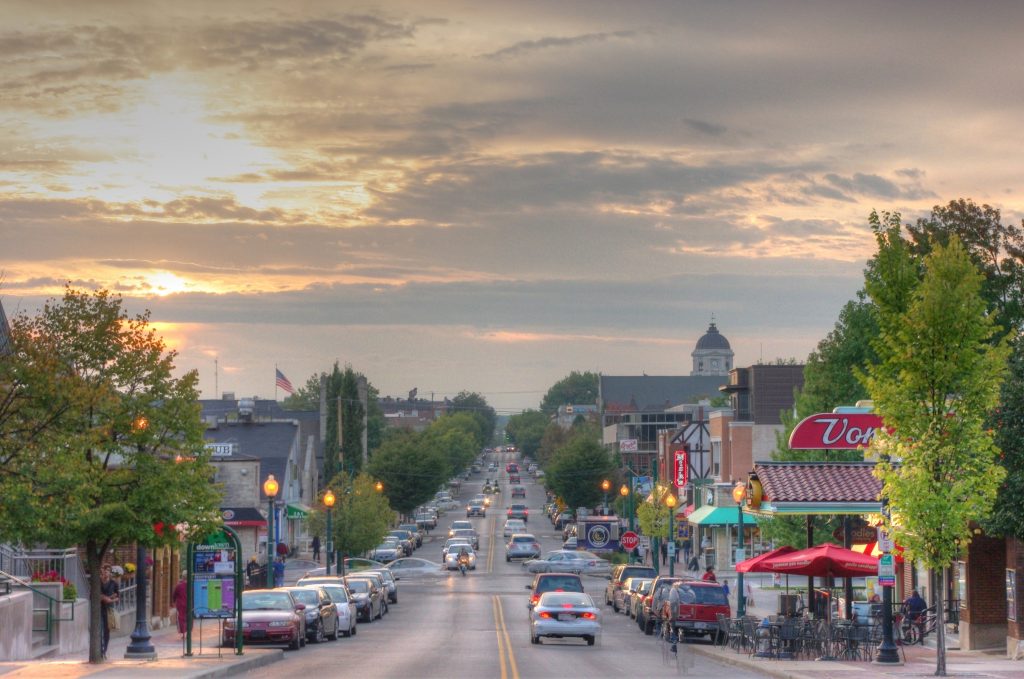 What you'll find in Bloomington

Nearby to beautiful Brown County and Lake Monroe

Indiana University’s intercollegiate athletics program has a long tradition of excellence. The Hoosiers, a member of the prestigious Big Ten Conference, have won a total of 24 National Collegiate Athletic Association (NCAA) Championships, including its 1975-76 men’s basketball team coached by Bobby Knight which remains the last Division I squad to go undefeated for an entire season and then go on to win the NCAA championship. Fans craving sports of the professional variety can take the one hour drive to Indianapolis and see a variety of pro teams. The Indianapolis Colts of the National Football League (NFL) and the Indiana Pacers of the National Basketball Association (NBA) represent the area’s two major sports franchises. Also in Indianapolis are the Women’s National Basketball Association’s (WNBA) Indiana Fever and the United States Hockey League’s (USHL) Indiana Ice. Minor League Baseball in the city is played by the Indianapolis Indians, a Triple-A affiliate of Major League Baseball’s Pittsburgh Pirates. The Indianapolis 500, often called “The Greatest Spectacle in Racing”, is held annually over the Memorial Day weekend in Speedway, Indiana, which is just outside of Indianapolis.

Want a Bloomington Market Insights Report sent to you every month?